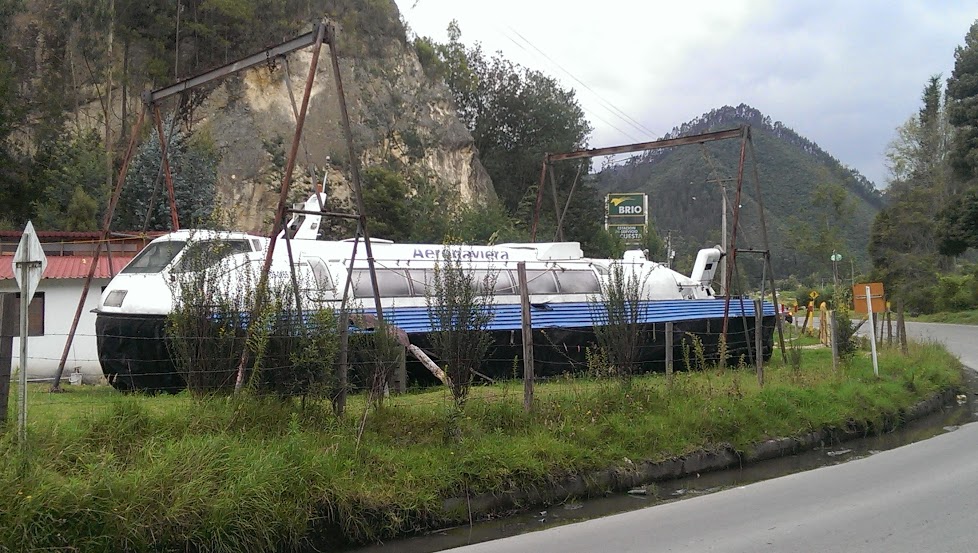 The first of May, the day to commemorate the Haymarket Martyrs, and a welcome day off work. So what do we do? Head out to the country to look for somewhere nicer to live than Bogotá. We went west, out on 80th Street, and for the second time in a year and a half ended up in Subachoque. Subachoque would seem to be a slightly weird place – can anyone explain to me why there is a rusting hovercraft parked up on the side of the road in the middle of the Andes, about 2700m above sea level and a long way away from any sizeable water feature that could possibly require its employment? (Reminds me of that story when the police discovered a submarine being built in a warehouse in Bogotá.)

I've been told that it has a certain vibe that would suggest that ley lines cross there, that there are secret groups of hippies clandestinely cultivating free-range camomile and treating each other with respect, but the last time we went there all we found was an utterly fabulous pastry shop selling afternoon teas. After about an hour of driving around taking pictures of signs offering farms for sale, we stumbled across a board at the side of the road announcing a farm producing organic goat’s milk cheese. This, to mix a metaphor, was like a red rag to a bull, so after a few seconds of not-very-bullish indecision, we charged timidly in and pulled up in front of a farmhouse where a grey-haired man waved a friendly welcome to us. Jairo duly insisted we parked up and let him show us his place, and so began one of those encounters that leaves you open-mouthed at how great people can be sometimes without even trying.

Jairo and his partner Estella are in the process of cutting free from Bogotá. Six years ago they bought the land they are now on, about 8km outside Subachoque, and despite both of them being accountants, they decided to buy chickens, cows and goats and have a stab at the good live. They currently own a herd of 40 goats, half a dozen cows, and more "happy chickens" than you can shake a stick at (they're not quite "free-range" because they are still behind a wire enclosure, but they are much better off than the battery hens that produce most of the nation's eggs). 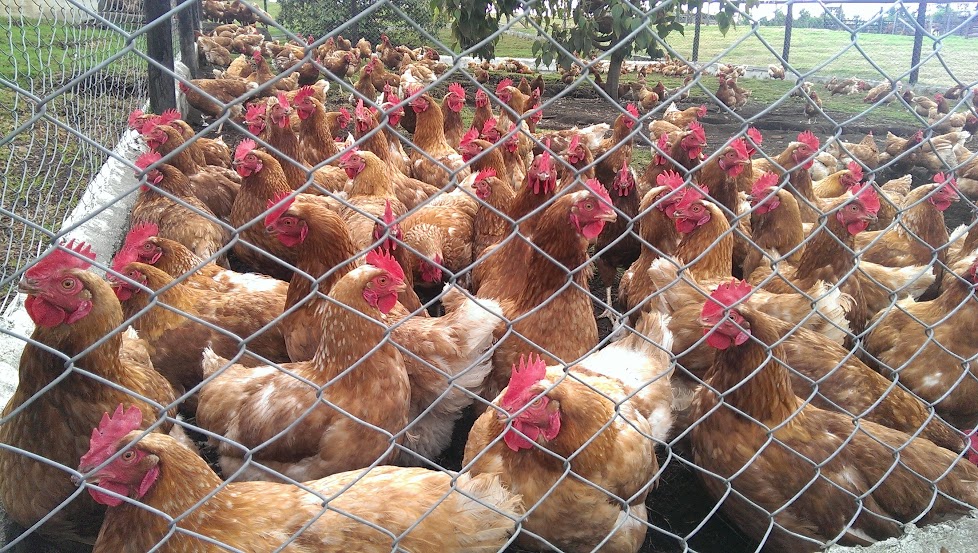 Jairo showed us round the entire farm (the goats looked like they’d all just been washed and shampooed, the place was so spic and span), with recycling of the animal excrement and urine for organic fertilizer, careful capturing of rain waters for irrigation, and barrier hedges to try to stop the neighbouring farms’ industrial products blowing onto his livestock. Then came the exciting bit. 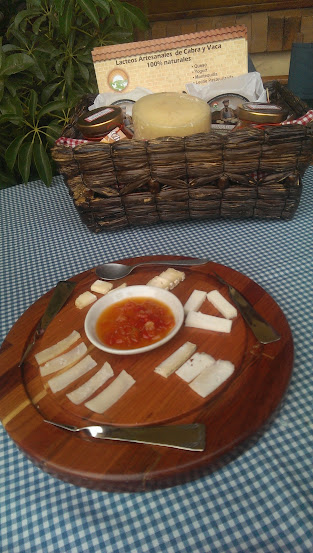 We got back to the farmhouse and to find a taster board of his cheeses waiting for us. There was “Manchego” type semi-hard cheese, softer fresher cheeses, a feta-type cheese, and a tangy little round with a delightfully mouldy rind. All of them were great, although I asked him why the goat flavour that makes goat cheese so recognisable was not as prominent as I would have expected. The answer is simple. There’s not a huge cheese culture in Colombia (there’s a huge amount of cheese consumed every day, but mostly it is one of only a few varieties of fresh cheese and there’s rarely a local cheese that comes anywhere near “pungent” on the taste scale). People are not used to the sort of smelly cheeses that can get up and walk off your plate in Europe, so he needs to be careful and not make the taste too strong for new customers. Even at that, they are still the best locally produced cheeses I think I have ever tasted in Colombia, and I reckon we’ll be back to their farm just as soon as this batch runs out. The farm is called D'Natura, it's on the road out of Subachoque towards La Pradera, and next month they'll be opening their onsite restaurant. So if you are passing, don't think twice. Call in. And say we sent you. 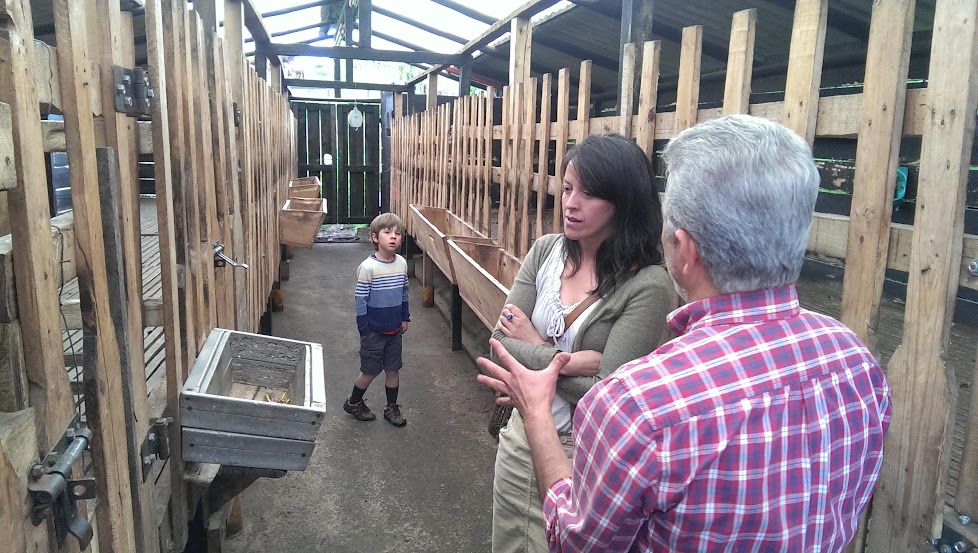