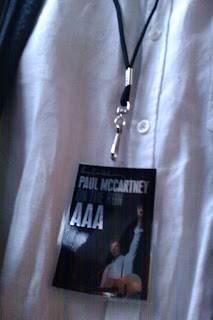 So my life took a turn for the rock’n’roll surreal at the start of the month. A few weeks earlier a friend had sent me a retweet of someone in Bogota looking for “a production assistant with fluent English”. Well English doesn’t get much more fluent than the mangled diatribe that we spew in Norn Iron, so combined with my outstanding background in production, I duly spent a whole three and a half minutes firing off a CV. Nothing ventured, as they say.

Having long since forgotten about that, I received a phone call in the middle of the Theatre Festival’s production master class that I was attending on behalf of the El Espectador newspaper. I obviously ignored the call, but several hours later rang back. I got through to a gentleman who reminded me about the production assistant job, and rapid fire invited me to come and see him. When? Now. No, after lunch. OK see you. Click.