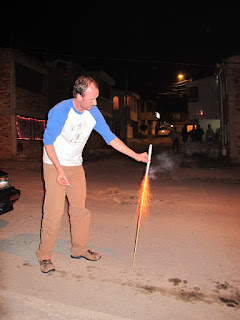 Sometimes it's hard to believe that I worked for four years as the technical stage manager at Sherman Cymru: charged with supervising the health and safety of the stage area, my fellow colleagues, actors, visiting technicians and anyone who might happen to wander across the stage while I was hauling a quarter of a ton of lights or scenery up into the air, precariously attached to one of the counterweight flying bars. During this time I learnt that to qualify to do many risky things, one had to fork out large amounts of the company's money in order to spend a day in some remote training centre, where at the end of the afternoon, and after a desultory "tick box" exam, the answers for which the instructor had spent all day drilling into us, you were promised another piece of plastic to stuff into your wallet (presumably only to be produced in the event of a serious accident involving multiple injuries to third parties).